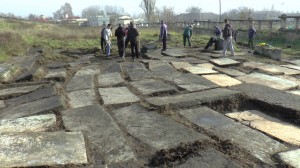 Bitola Cemetery Being Restored in Macedonia 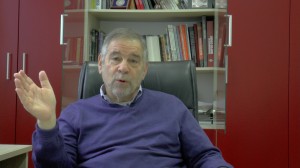 As the world commemorated International Holocaust Remembrance Day on January 27, one of the world’s leading authorities on the Shoah sees a disturbing trend.

“While we have established the story of the Holocaust as the negative absolute of the modern world, there is increasing distortion,” says Michael Berenbaum.

Berenbaum, a scholar, museum curator and filmmaker who lives in Los Angeles, shared his assessment with The Jerusalem Report while visiting the Macedonia Holocaust Memorial Center in Skopje, one of numerous institutions he has advised around the world, including, notably, the United States Holocaust Memorial Museum in Washington, which he helped develop. In addition to writing numerous books on the subject, he directed the Steven Spielberg video documentation project that compiled the testimonies of more than 50,000 survivors.

The familiarity that many people today have with the Holocaust is not something to be taken for granted, notes Berenbaum, referring to his first encounter with Holocaust survivors who were among his teachers when he was a yeshiva student in New York during the 1950s and 1960s.

“We never heard the word Holocaust but we heard words… camp, children, destruction, murder,” recalls Berenbaum. “We learned a series of lessons that were bequeathed to us in silence and we were led to understand that we were supposed to make up for the generation that was lost.”

Decades later, Berenbaum observes with satisfaction that his generation has indeed succeeded in turning the fragments of memory shared by the survivors into exhibits, books and films that are heard and seen by people all over the world.

But this familiarity is also what he feels has led to the distortion.

“If there is one thing that people know for sure it is that the Holocaust was evil. Consequently, whenever they are trying to call attention to something they consider evil they use the word ‘holocaust,’” he observes, citing as one example the “terrible mistake” made by Prime Minister Benjamin Netanyahu when he tried to claim that Hitler got the idea of exterminating the Jews only after meeting with the Mufti of Jerusalem.

“Netanyahu wanted to say that there was an eliminationist anti-Semitism at the core of the Palestinian leadership. But when you try to do so by invoking the master narrative of the Jewish people which is the Holocaust, that becomes a distortion,” observes Berenbaum, adding that Netanyahu was factually incorrect. “At the time of the meeting between the Mufti and Hitler, the first concentration camp with gas chambers at Belzec was already being built,” says Berenbaum.

Berenbaum also objects to attempts to compare contemporary anti-Semitism with the period leading up to the Holocaust.

“Some people say that with the rise in anti-Semitism in Europe, this is now 1933,” observes Berenbaum. “But when the President of France has said that the Jews are an integral part of Europe, it is not like it was 70 years ago when they were considered to be alien. However bad it is today, it is not the Holocaust.”

Berenbaum also notes attempts by critics of Israel to invoke the Holocaust when they accuse Israelis of using “Nazi-like tactics” and attempting to carry out “a Palestinian genocide.”

Perhaps the most extreme form of distortion was conducted by the previous Iranian regime and its supporters when they tried to deny the Holocaust happened. “It’s a bit of wish fulfillment on their part. If the Holocaust never happened, you get rid of the legitimization of the State of Israel.”

On the positive side, Berenbaum notes the important role played by Holocaust museums around the world.

“We have found that Holocaust museums, in addition to helping Jewish communities get recognition of their own history, are able to raise issues that other parts of society cannot.”

In the case of Macedonia, says Goran Sadikarijo, the Holocaust Memorial Center located in the national capital of Skopje has been instrumental in educating about the dangers of racism and intolerance.

“Macedonia is a multiethnic society and the government has made the teaching of the Shoah part of the national school curriculum with primary and secondary students from across the country obligated to come and visit the center,” he tells The Report.

Sadikarijo is the CEO of The Holocaust Fund of the Jews of Macedonia, a foundation established by the Macedonian government to provide restitution for the properties of the 7,144 Jews who were murdered in the Holocaust.  Although the present-day Macedonian Jewish community is quite small, Sadikarijo points out that it has a long history, with the oldest known synagogue in Europe, dating back to the first century CE, having been founded in Stobi, about 60 kilometers from Skopje.

The Holocaust Fund is also involved in educational and preservation projects across Macedonia, including the rehabilitation of the cemetery in the town of Bitola, which was, for centuries, a major Jewish center in the Balkans.

“The cemetery dates back to 1497 and the Jewish community that lived there comprised about half of the country’s Jewish population prior to the Holocaust,” says Sadikarijo. “The cemetery is the oldest and largest Jewish cemetery in the Balkans.” 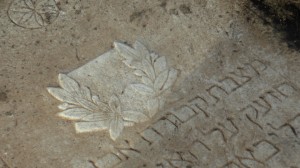 Last November, Orit Bortnik, an Israeli archaeologist without any family connection to Macedonia, was moved to tears when she discovered a Hebrew inscription on a century-old tombstone in the Bitola Jewish cemetery.

“The inscription tells the story of how ‘on a bitter Sabbath day, a modest and much loved woman called Rachel Kimche passed away from a serious disease,’” says Bortnik, quoting from the text.

“You feel transported back more than a hundred years into the past, as though you have entered into the world of a woman that you suddenly feel you know,” she relates to The Report, pointing out that when she first arrived at the cemetery there was nothing but weeds and bushes. “You couldn’t see a single grave. But after we selected a small section, we began to uncover one tombstone after another, each with a story of its own.”

Working with a team of about 25 local workers and with fellow archaeologist, Chen Ben-Ari, Bortnik uncovered and documented about 180 graves over a one-week period.  No one knows exactly how many others lay hidden in the 500-year-old cemetery where some of the first Sephardi Jews expelled by Spain were buried. “There must be many thousands,” estimates Bortnik.

The archaeological expedition, which was supervised by Tamar Tuchler of the Israeli Council for the Preservation of Heritage Sites, is part of an innovative, large-scale Israeli-Macedonian collaboration aiming to restore the Bitola Jewish cemetery.

Known as the Bitola-Monastir Beit Hayim Project, the endeavor aims to draw tourists from around the world. It  will include an in situ work of art by well-known Israeli sculptor Maty Grunberg, who escaped Macedonia as a child.

The project is the brainchild of Maria Geras Dochovska, a Bitola entrepreneur, and Rachel Levy-Drummer, an Israeli who grew up in Macedonia. The two share a passion for the town’s past.

“I am fighting for the old cosmopolitan spirit of Bitola,” says Geras Dochovska. “My grandfather used to tell me stories about his Jewish colleagues who were co-directors of the local soccer team,” she says. “It pains me that today there is not a single Jew in Bitola.”

Levy-Drummer, who grew up in Skopje, was visiting her grandparents in Bitola during July of 1963 when an earthquake struck Skopje and took the lives of her parents. She and her grandparents, among the very few Macedonian Jews who survived the Holocaust, subsequently immigrated to Israel.

Even though there are literally thousands of abandoned Jewish cemeteries throughout Europe, few have received the attention that the Bitola project is getting. But at a time when Israel’s political standing in Europe is at a low point, Macedonia has been one of Israel’s staunchest supporters.

Macedonia’s Hebrew-speaking Ambassador in Israel, Pajo Avirovik, and Israel’s Ambassador in Macedonia, Dan Oryan, have successfully recruited enthusiastic support from a host of organizations in both countries, including the Bnei Akiva Young Ambassadors Group in Israel. A trip to visit historic Jewish sites in Macedonia may yet become the next popular travel destination for Jews from around the world.