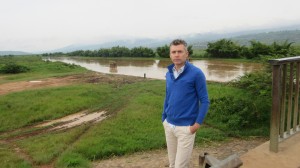 The village lies on the top of a green mountain in northern Rwanda where the inhabitants can regularly be seen winding their way up the terraced slopes with water containers and firewood on their heads.

Like many other rural areas in Africa, Kintobo lacks adequate healthcare facilities. The need for emergency medical care is most telling when women giving birth develop complications.

“It takes about 30 people to carry the mother on a stretcher down the mountainside,” says a local nurse. “They take turns carrying her and only after several hours are they able to bring her to where she can be treated.”

But the situation in Kintobo is about to change.

“Applying basic business management principles can result in massive changes to healthcare,” Josh Ruxin whose NGO is in the process of using those principles to build a new medical center in the village, tells The Jerusalem Report.

Many people from outside Africa have tried to improve the lives of people on the continent with much fanfare through donating money or bringing new technologies. But Ruxin, working in a low-key way on improving the Rwanda healthcare system during the last 10 years, has done things differently. He also has been quite successful.

On a recent tour of the Gashora region in the south of the landlocked, troubled country, he shows the contrast between the dilapidated building that once served the region and the spanking new facility, well-stocked with medicine, crowded with people seated patiently in the waiting area.

The new Gashora medical center is one of several built by Health Builders, a non-profit organization founded by Ruxin that is working closely with the government to  turn Rwanda into the first country in Africa with full primary healthcare coverage.

The key to making it all work, says Ruxin, is following good business practices starting with the actual construction of new facilities. “The process begins with private contractors competing in a public tender, he explains, noting that transparent public tenders isn’t something to be taken for granted in Africa.

Even though the cost of construction was covered by an American philanthropist, there is no plaque.

“It is a government initiative and the government is exceptional in not wishing to be reliant on donors,” explains Ruxin, pointing out that the government maintains the medical center with its own funds.

“The key is running each center like a good business,” says Ruxin, adding a list of efficiency principles he has helped implement:  Job descriptions are defined for each worker. Hiring is done according to the descriptions. Workers are well paid. The center pharmacy is regularly inventoried and doesn’t run out of medicines because they haven’t been ordered in time. Software is used for accounting…

Ruxin, 45, first started thinking about humanitarian assistance for Africa in the 1980s when he was a high school student. He was stirred by a talk about the Ethiopian famine given by a speaker at his family synagogue in Georgetown, Connecticut, and began to raise funds for disaster relief. But, when he travelled to Ethiopia to see the situation for himself, he came away with mixed feelings.

“It just knocked me out when I saw what poverty was really like but I also met many people who were paternalistic in their approach. From that time on, I wanted to find a way to make a dignified contribution to the lives of the poor.”

Focusing on public health management, Ruxin devoted his university studies at Yale and Columbia to that search. “I concluded that there were a lot of skills in the private sector that were lacking in poverty reduction.”

Ruxin became intrigued by the efforts the Rwandan government was making to improve the economy of the country of 12 million people and not be reliant on donor aid. “They really want to be the Singapore of Africa, and I felt that this was a place where I could make a real contribution,” he recalls, explaining his decision to move to Rwanda in 2005, where he founded and led the local Millennium Villages Project, a large-scale poverty reduction effort set up by Columbia University Prof. Jeffrey Sachs. A few years later, Ruxin set out on his own and founded Health Builders.

Accompanying Ruxin on his move to Rwanda was his newlywed bride Alissa. Ten years later, they have three young children and their family has established itself as the Rwanda hub for both the ex-pat and Jewish communities.

The drawing point for the ex-pat community is Heaven, the restaurant and bed & breakfast Alissa Ruxin established in Kigali, Rwanda’s capital. The struggles in creating the first high-standard gourmet restaurant in Rwanda have many parallels to the challenges faced by Josh in upgrading the country’s healthcare system. Both sagas are sensitively chronicled in a book authored by Josh titled “A Thousand Hills to Heaven – Love, Hope, And a Restaurant in Rwanda”.

The role the Ruxins play in bringing together Jews passing through Rwanda or living there temporarily is most discernible during Passover when “people call us looking for a seder,” says Ruxin, who observes that the Jews who come to Rwanda are generally involved in efforts to reduce poverty. “Jews make up a higher percentage of foreigners working in poverty reduction, with the exception of evangelical Christians,” he adds.

When asked why there is such a disproportionate number of Jews involved in the field, Ruxin points to his own life story. “Judaism was really at the core of my youth activism, and it was our congregational rabbi, the late Charles Lippman, who originally inspired me to understand that to be a Jew was to do and not just to study.”

Ruxin notes that many Rwandans associate the recent events of Rwandan history with the story of the Jewish people.

“Every year when our Rwandan friends gather together with us at the seder table, it is incredible to see their reactions to our story of liberation. Our story is thousands of years old and theirs is only 21 years old but they see many similarities.”

“They talk about growing up in refugee camps in Uganda and other places, with their grandparents always praying and hoping for a return to their homeland in Rwanda. Their grandparents insisted they speak Kinyarwanda [the native Rwandan language] because they believed that someday they would be back in their land.

“Sure enough, the dream came true in 1994, but it became true under the most horrific conditions,” says Ruxin, referring to the 1994 genocide. Following that tragedy, in which close to one million Rwandans were killed, reconciliation between Rwandan rivals allowed those who had been dispersed during previous fighting to return to their homeland.

Ruxin has recently passed on the baton of leadership in Health Builders to the next generation in order to allow him to focus on other regional efforts. He believes that in another five-10 years Health Builders will, in partnership with the government of Rwanda, finish its task there.

“The world will not be a peaceful and sustainable place so long as poverty exists at the level that it now does in so many parts of the world,” he concludes. 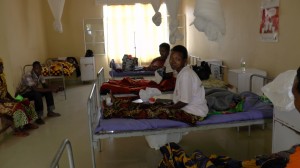 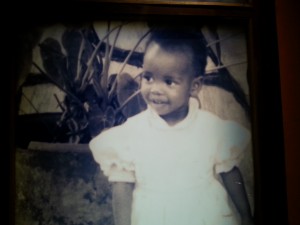 The photo of Aurore Kirezi, one of the murdered children, is on display at the Kigali Genocide Memorial

Israeli-American actress Natalie Portman recently created an international controversy with  comments she made in an interview with an English journalist suggesting that the childhood Jewish education she received (in the United States) placed too much emphasis on the Holocaust and didn’t deal adequately with other injustices committed against other peoples. The trigger for that observation, she said, was a visit to the Rwanda genocide museum in  Kigali. Unfortunately, her comments would have been better served if, instead of leading to a debate about whether or not one genocide can be compared to another, she had said something that would lead more people to visit the Rwandan museum and learn more about the Kigali Genocide Memorial.

The museum is truly well worth a visit, and indeed curators of both Israel’s Yad Vashem and Washington’s Holocaust Memorial Museum could learn a thing or two from the way the  Genocide Memorial Center is able to tell its story in a relatively compact but very compelling way. That story includes an important lesson on how physical violence was preceded by verbal threats.

It is also particularly revealing – and disheartening ‒ to be reminded of the failure of the US Clinton administration to intervene, as well as to be shown how United Nations military forces (which could have readily prevented the massacre) abandoned the country at the outset of the violence.

It is also to the credit of the Rwandan exposition that a significant amount of space is devoted to other genocides including those that took place in Armenia, Cambodia and Namibia, as well as the Holocaust. There is no attempt to make comparisons, but the juxtaposition of similar patterns speaks volumes.